Wifi That Actually Works for the Beaglebone Black

Boy, was I wrong! The Beaglebone Black turned out to be one of the most frustrating computers I've run across in a long time: configuring wifi was a pain in the fucking ass. I tried at least four different wifi USB dongles (there is no on-board wifi), including one that was touted as actually working (rtl8192cu). Wasted an entire day and got that sour taste in the stomach thinking I had purchased a pig-in-the-poke.

Well, life is now good. I *finally* found one that works and holds a steady connection. It's from the folks at Logic Supply: 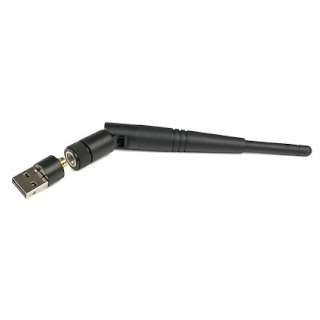 It is a MediaTek MT7601 (Ralink 7601).  It configured right away using connmanctl. The Media Tek folks even offer drivers for GNU/Linux! Of course, you don't have to install anything if you're using kernel 4.4.x - there's firmware and a loadable module included - works great!

My Beaglebone Black has now joined my stable of working SBCs and has been spared from the parts bin.
Posted by willie at 1:15 AM