Update: It's raining money! Looks like another check, in the amount of $350 is coming our way! This diesel wagon is the gift that keeps on giving! 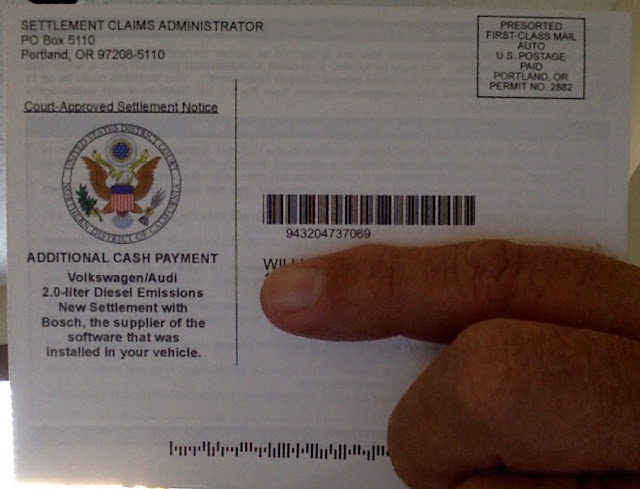 Update: the software modification for Phase 1 results in great mileage - nearly 40mpg in combined city/hwy driving - and the $4,622 check from VW is a nice bonus... also, we just got word that Bosch is going to send out a check for $350 for its part in the settlement - that's about 6,000 miles of free diesel for our 2015 Golf TDI S DSG Sportwagen! EXCELLENT!!! and sometime this year there will be a hardware sensor update which will net us another check for over $2,000!!! W00T!!!! 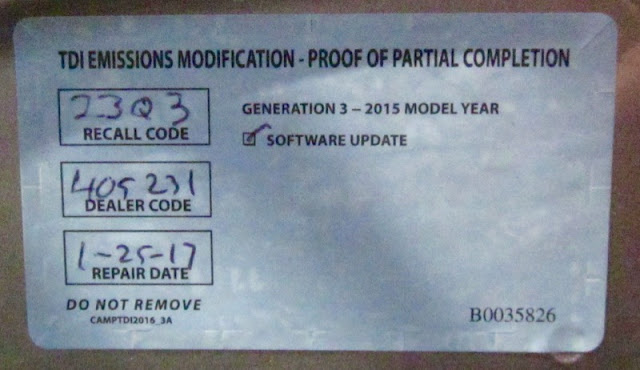 Update: here's a pic for a fellow on the tdiclub forum who is experiencing some constant fan noise... hopefully this pic, which matches his engine, may alleviate thought of the cabling being a problem: 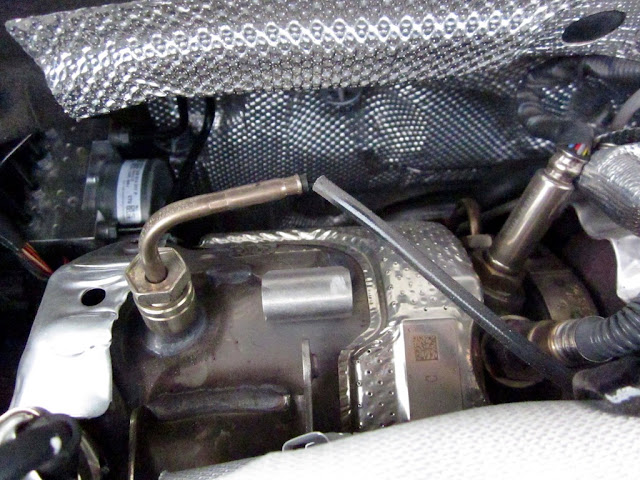 Update: Just filled up Von Diesel for less than $17! We'll track the mileage to see how well the new mod does on fuel consumption: 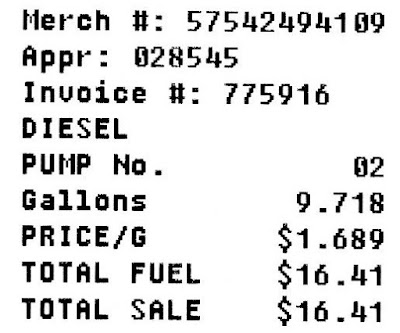 Update: We just had the Phase 1 Emissions Modification done! here's what the car menu says: 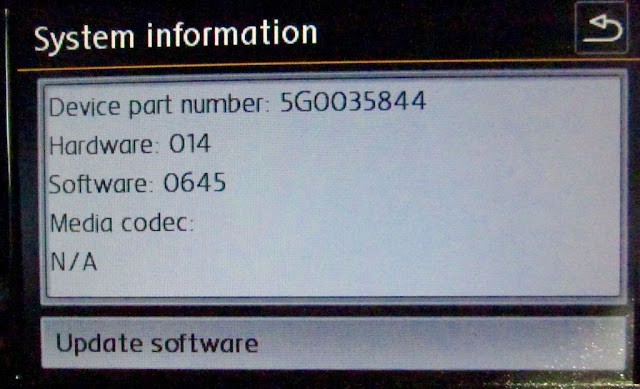 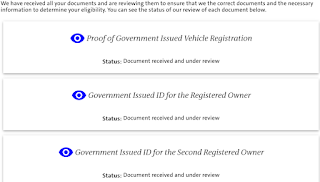