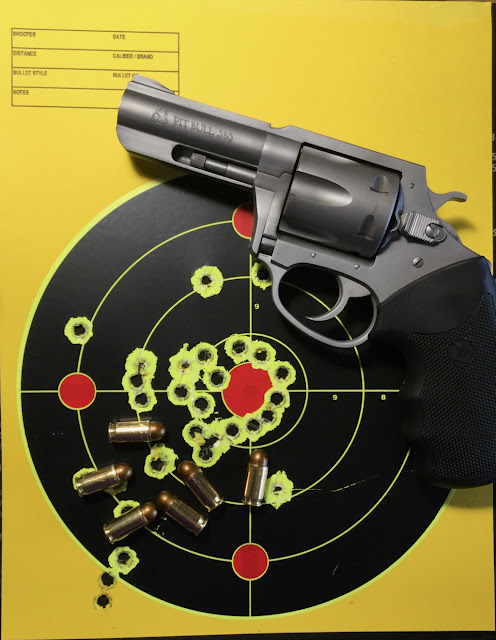 Why Have a Charter Pitbull?

This is a review of my new Charter Pitbull .380ACP. I really like my Charter Pitbull in 9mm, even though it had to go back to the mothership for some work. Charter has great customer service, and getting the revolver repaired due to a poorly machined crane and timing issue was fairly easy, with a turnaround time of only three days. Everything was fixed, and I have subsequently run nearly 1,000 rounds of various ammo through it with no problems.

I don't like the idea of moon clips. I suppose they work OK, and from what I understand aren't even necessary if you're willing to poke out shells after emptying a cylinder. On the other hand, the Pitbull has a unique extractor: 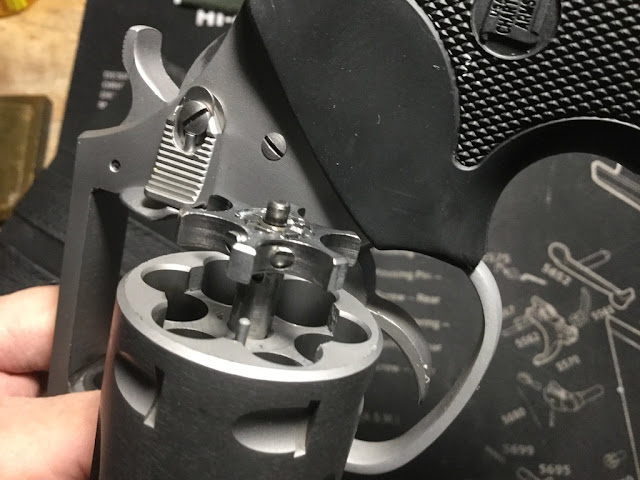 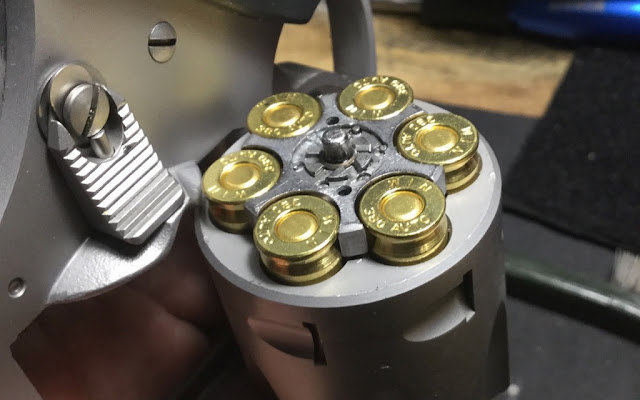 When I saw that Charter brought out a .380ACP version of the Pitbull I knew I just had to have one. These revolvers fall in line with my plan to maintain a simpler inventory of ammo for both semiautos and revolvers. My focus is on smaller calibers. For example, my current pairings are:

I also happen to like wheelguns. They are fun, reliable, easy to clean, and require less maintenance. I think overall, wheelguns are also a lot less picky about ammo, which makes them good candidates for reloads, and for testing out various bullet weights.

Charters are also less expensive than most, but as you'll see you give up fit and finish for that low price. On the other hand, they are made in the USA, and Charter has better customer service than say, Taurus, which also happens to sell inexpensive revolvers but has terrible customer service and won't sell parts.

The Pitbull, like all Charter revolvers, came in its requisite plastic box w/foam inserts and literature. I brought some 'Realistic Snap Caps' with me to test out of the extractor and timing, lock up, and firing mechanism. The caps are so realistic that I made sure to give them to my LGS to check out before using them. The Pitbull passed its initial test with flying colors. Cases extracted easily.

Hint: Read Charter's Pitbull instruction insert! The Pitbull extractor is meant to be used and works best with the revolver inverted!

I then went directly to the range, set up at the bench, and did a careful swab and clean of the revolver before loading. Always clean any new weapon before first use!

Inserting rounds was as with the 9mm version: Cant the round outbound, then push into each chamber.

Taking careful aim, I fired off a cylinder in single-action using my forearms braced on my range bag at a target 5 yards downrange. The pattern was two inches low and to the left, which is what I've experienced with my other Charter revolvers - indicating to me that I'm an old shooter with poor motor skills and shoot low and to the left. What I was looking for was consistency (also a function of the reman rounds I was shooting) and how the revolver cycled and handled the loads.

After finishing the cylinder, I inverted the revolver and pushed down on the extractor rod - very smooth and easy, and all rounds dropped out with no problem. After about 40 rounds and getting my sight picture dialed-in, one or two of the reman rounds needed a gentle push from the chambers. Once I switched to factory ammo, S&B FMJ, all rounds extracted with no problem - this is what I was hoping for and I wasn't disappointed!

As you can see, the revolver has a decent accuracy. The target pic above is from this first session and was at 21 feet.

Some Things to Consider

Fit and finish on Charter revolvers is not that good. In fact, sometimes it's downright sloppy. This was the case with this Pitbull as you can see deep machining marks on the right side of the revolver frame's cylinder guard: 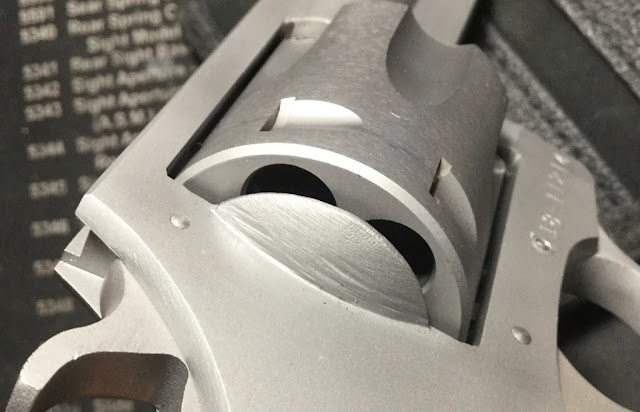 I did find a small twist of curled metal inside the grip around the ball end of the hammer mainspring guide rod (part #47).  Like my other Pitbull, the crane seems to have crude machining, but is adequate: 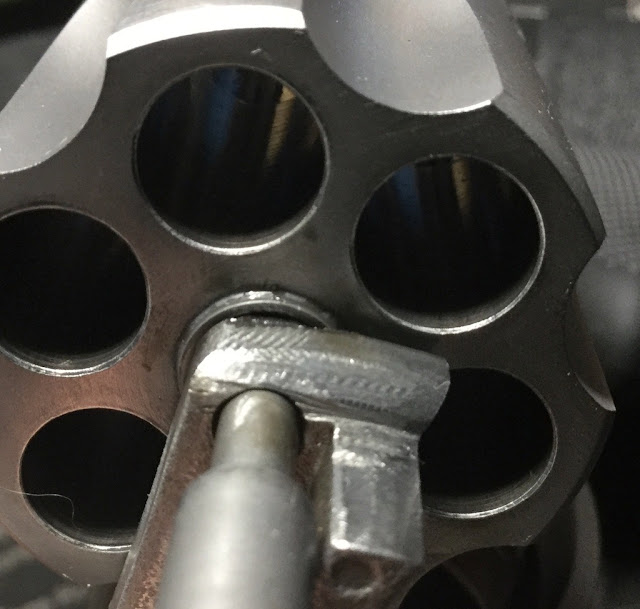 I don't know why Charter Arms accepts such sloppy machining, but remember, this is a $400 revolver, not a $1,000 finished and polished revolver - I can only assume that 'good enough' suffices. And in that regard, my new Pitbull is otherwise in great working condition.

Sight Picture Tips for the Pitbull

Charter sights are crude on its line of snubbies and most revolvers. Unfortunately, no one seems to make an aftermarket upgrade for Charter revolvers, most likely because Charters have poor resale value: These aren't shelf queens and are meant for hard use. A dab of paint can help improve the sight picture tremendously. I got my sight paint from Wally World: 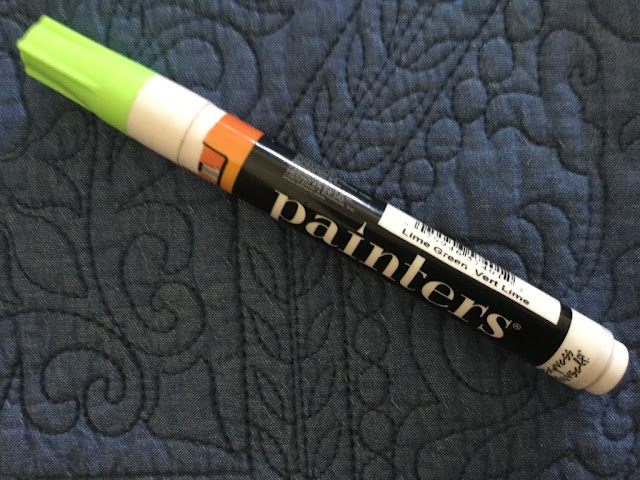 Touching up the front sight just takes a second, and the paint can be easily removed: 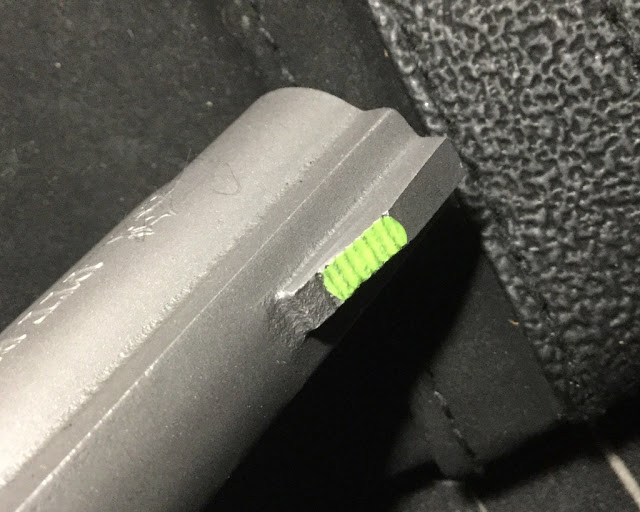 Note the crude finish at the base of the sight. Once painted, you'll get a nice sight picture: 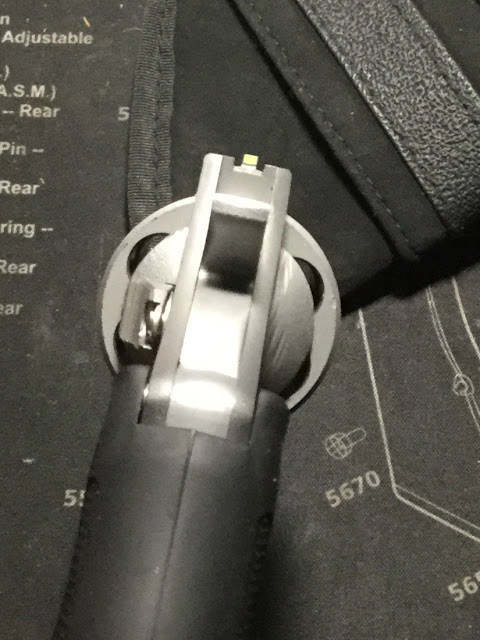 Unfortunately, I have yet to find a good holster for this Pitbull. Charter offers an inexpensive and nice leather holster for its snubby revolvers, but this Pitbull has a longer barrel than others. Charter says it is 2.2", but it is longer, even using the below wrong measurement of a revolver barrel; the proper measurement is using a dowel from the muzzle to the beginning of the chamber, and using this method, the barrel length is 3":

So there you have it. I'll keep this page updated with more info as I put more ammo through my new little doggy, a .380ACP Pitbull!