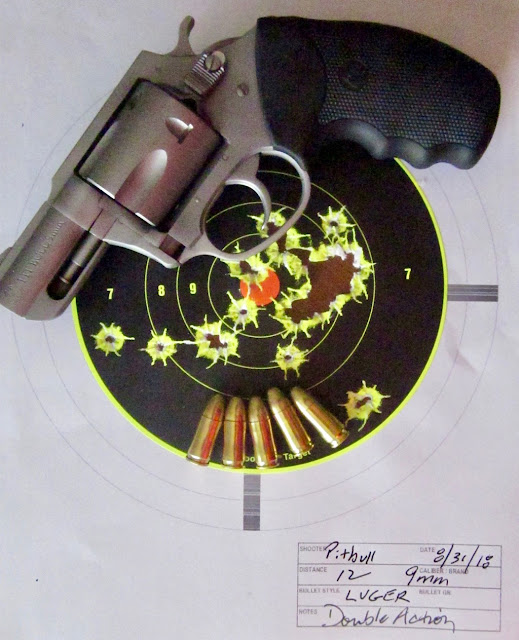 
Some folks think Charter Arms has gone to the dogs - a long time ago. However, I recently went shopping for a pitbull and found one in 9mm: 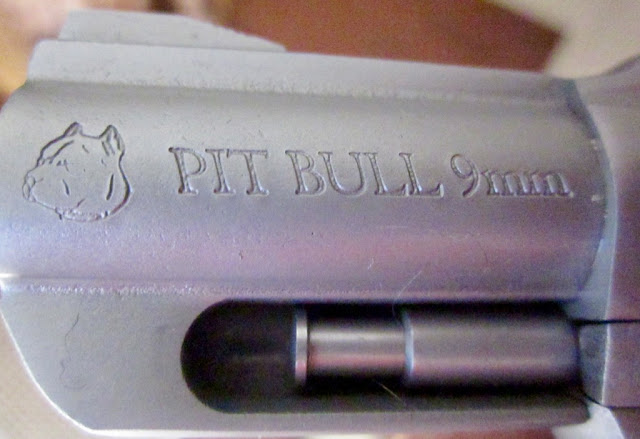 This unique revolver is the only one currently on the market (AFAIK) that does not need a moon clip to hold the 9mm rounds. There were other previous designs that provided the same feature though, such as the S&W 547.  An interesting extractor system uses small metal tabs to hold each round in place and later extract the spent shell: 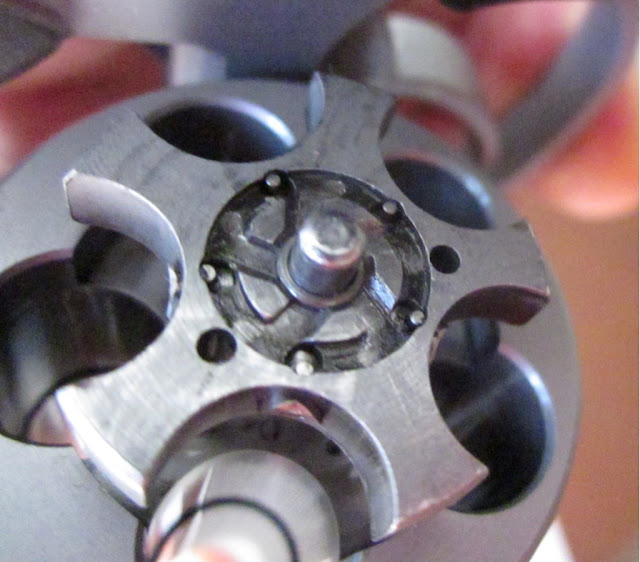 As you can see (using my snap caps), the cases are raised (or in the real world, extracted downwards) using pressure on the extractor rod: 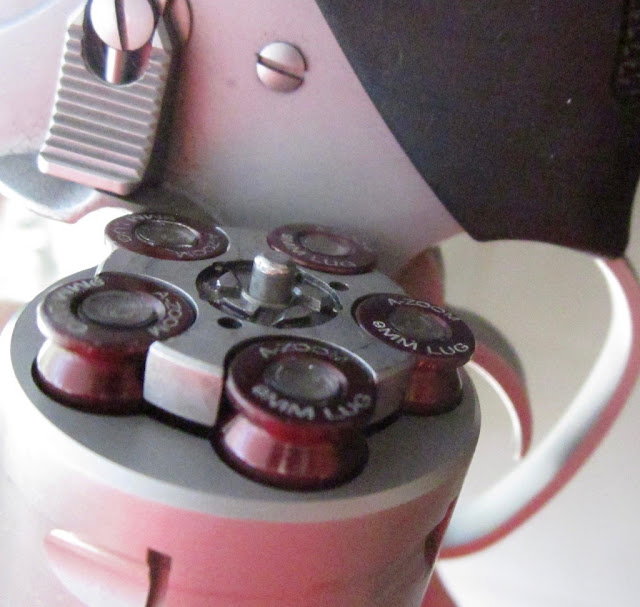 I had no trouble extracting spent shells. Accuracy was pretty good, and I like the single action of the revolver: 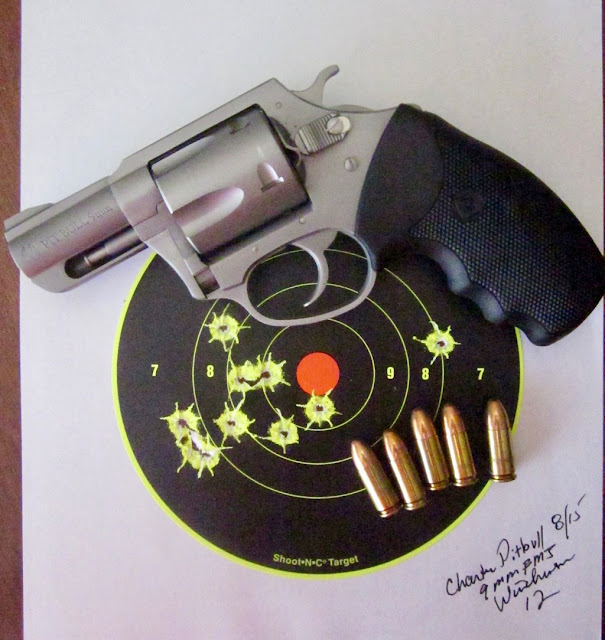 Unfortunately, the revolver exhibited intermittent light strikes and occasional trigger lockups. It is headed back to Charter for a fix. Also, there was crude grinding of the crane by the ejector rod. This was disappointing, and I wonder how this passed muster: 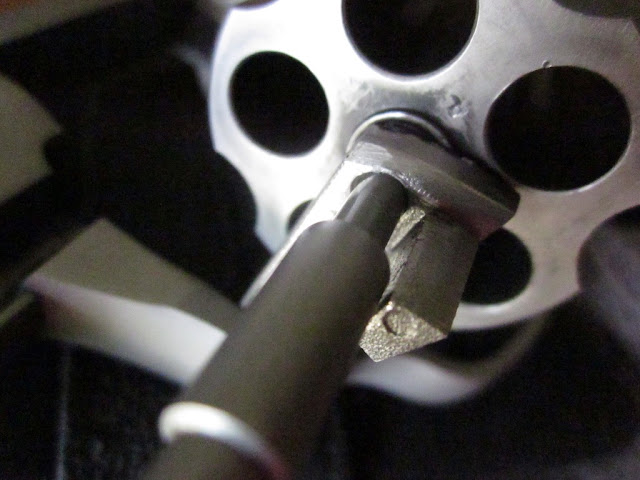 Here you can see the grinding of the crane and just how close to the ejector rod the metal was shaved: 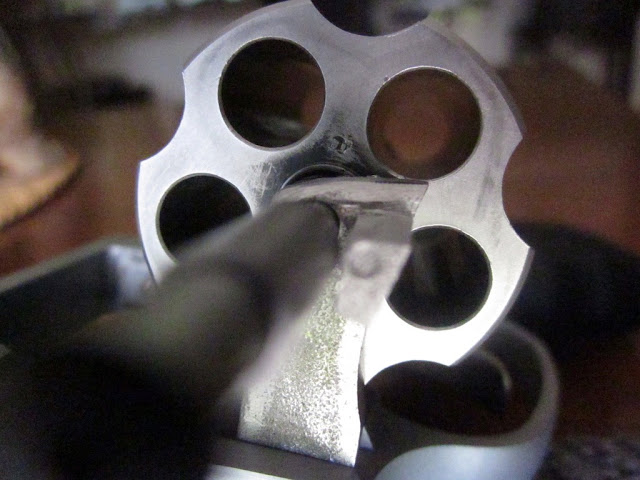 Hopefully Charter will resolve these issues... I was most concerned about the light strikes and intermittent lockups than the crane.

Update: Received a FedEx shipment notification that the Pitbull has [purportedly] been fixed and is on its way back. This means that the revolver spent only three business days at Charter for repair. It will be interesting to see what returns.

The Fix and Return

When I opened the return box, my Pitbull was encased in bubble wrap and there was a work ticket with the following:

I'm not sure what was really done. Of course I had to clean my Pitbull before taking it out for a test spin. Starting the cleaning process, I removed the grips first. Inside I found a bit of grinding dust: 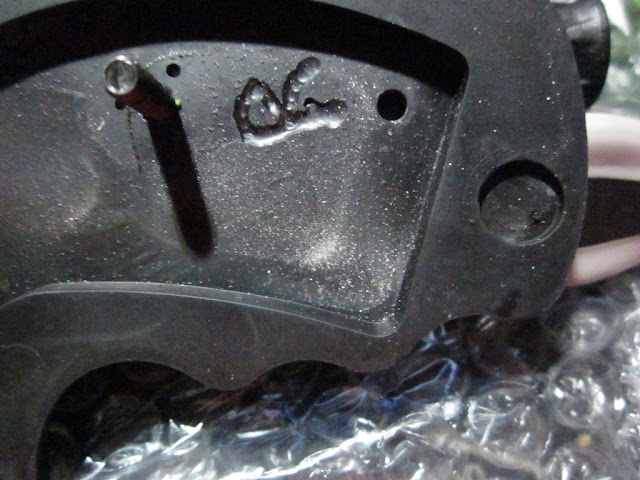 This is unprofessional, but I can't fault Charter too much, as I found some loose burrs/shavings inside my SP101 too. What is happening to the gun industry? Too much work, too few gunsmiths? I've also read some nasty stuff about Ruger's out-the-door factory QC, too - with pictures of 10/22 barrels lacking extractor channels!

The 'new' crane was different, but still looked more like a retrofit than an engineered part. Perhaps Charter didn't do a proper re-design of the gun following the move from six to five chambers, and is using cranes from other models to work with the 9mm Pitbull?

Anyway, I was relieved to see more material supporting the cylinder on the ejector rod. I'd love to see some pics of the cranes of Pitbulls from other owners: 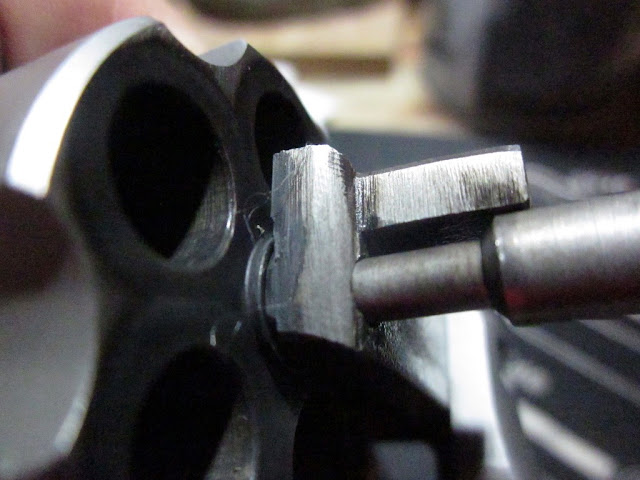 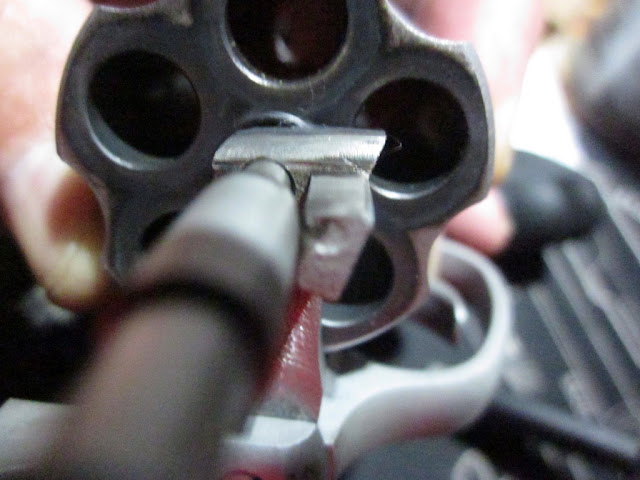 So, with some trepidation I took my 'fixed' Pitbull to the range. Looks like any fear of an ineffective fix was unfounded. I ran 100 rounds of Winchester whitebox and 50 rounds of FMJ reloads with no problems: 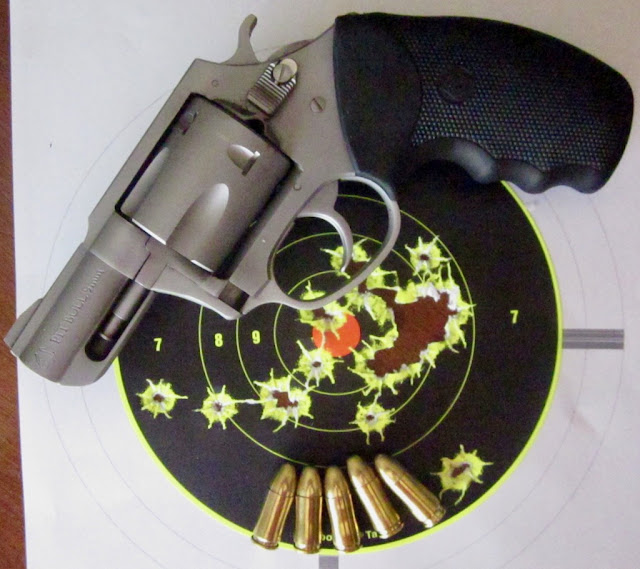 As you can see, the crane is cosmetically good looking from the outside. I had zero problems with trigger lockup in slow double-action, all single-action rounds fired, and only one light primer strike out of 150 (most likely due to variation in cartridge seating/fitment/length).

I should also mention that the trigger seems smoother and lighter than before. This could be my imagination. I don't have a trigger pull measurement tool (could jury rig something I suppose). But the range experience seemed a lot easier than before the 'fix.'

My faith in this revolver is somewhat restored. It's now in the break-in phase, and I'll be running hundreds of rounds through it over the next couple months. Cheap shooter - it is a nice complement to my Belgian-made Browning Hi-Power target pistol.


And here's the latest from some close-in double action: 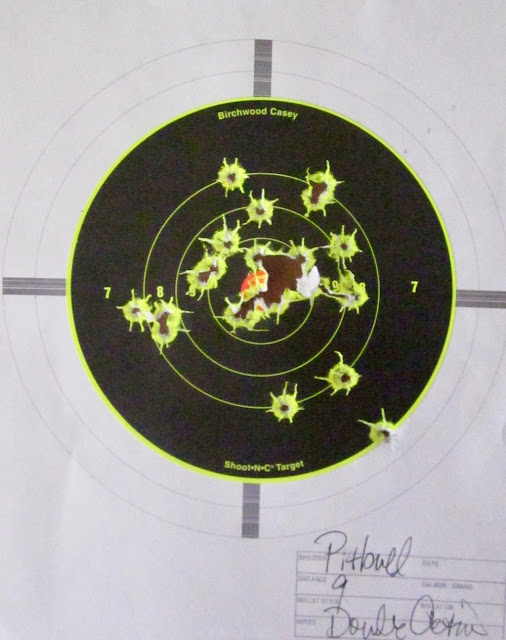 The Pitbull continued to work great, but towards the end of its latest 150-round session, the cylinder became increasingly harder to open. Eventually almost impossible in fact!

Here's the problem and the solution: Take a look at the diagram, and you'll see part #14, listed as "Cylinder Latch Release Screw": 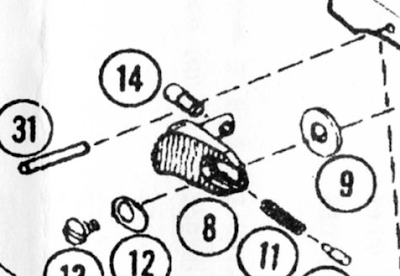 The diagram isn't the best (looks like something from pre-digital days), but here's what the screw looks like: 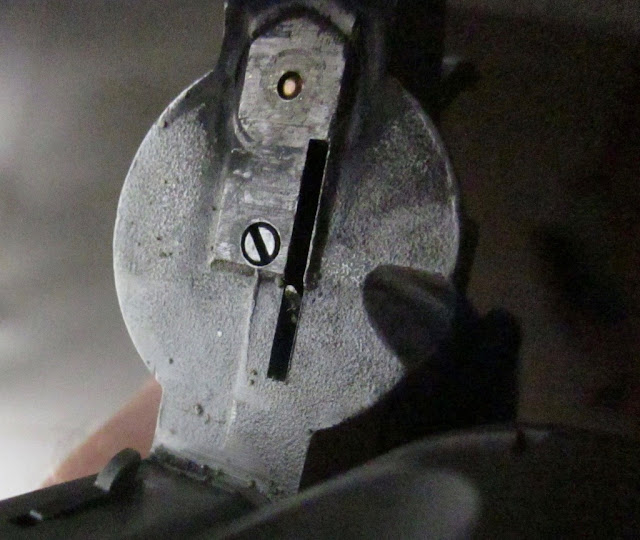 The problem for me was that the screw (after my Pitbull came back from factory repair) was screwed inward too far - the screw needed to be backed out just until the head was flush or just a hair at the surface of the back of the frame.

I guess the moral here is to always check your revolver's screws, such as crane screw, hammer pivot, cylinder latch and cylinder latch release screw! Vigilant maintenance is key!
Posted by willie at 1:40 PM